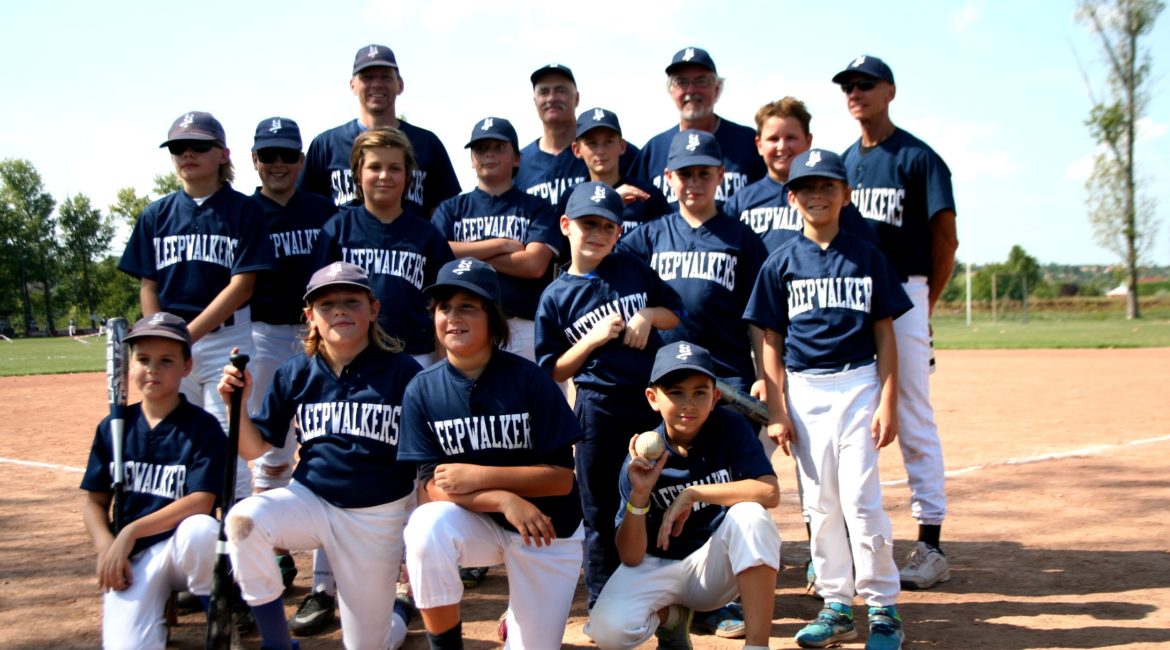 Sunday September 10 the Minors team traveled to Erd to play the Cardinals. Important season ending game in that it determined the seeding for the tournament that starts next weekend. It also turned out to be one of our more exciting games with the teams staying close into the late innings. Final score SZS: 11, ERD: 9. That puts the Sleepwalkers into the Third Seed and will play the Debrecen Tigerkids in Debrecen on September 17. Erd moved to the 4th seed and will play league regular season champions, the Hatvan Hunters, on the 16th with the winners facing each other on the 30th.

A nod to Erd coach Patrick Alyea for doing such a great job with his team this season. With Erd putting two Majors teams in the field his Minors team was one of the youngest in the league and we could see how much improvement, spirit, and good character he has instilled in his players since our first game with them this season. Add in the fact that he coaches and does the coach-pitch by himself (while we have the good fortune to often have Head-Coach Andras Radacsi assisted by Steve Stec, Steve Benko, and Joe Bowman) Patrick has really developed some good players for the future of the Erd Baseball Club.

Thanks to for all the parents that came with us to this important Away game. I could see it in the performance of the players; they love having their parents there to root them on! Special thanks to Gabi (Benedek’s mother) for also supplying great pictures that can be found at the Sleepwalkers Facebook site: