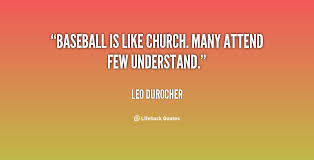 The heat (and several players on Holiday) didn’t keep 20 players from showing up late Friday afternoon for another round of Summer (considering the heat perhaps ‘Simmer’ is better?) League Baseball. Our friends the Crossroad Angels came with 10 players and with 11 on the Sleepwalkers side we decided to play nine on nine (vs the usual 3 teams of 5-6) and with the electricity out (a slight mishap with  the power box on the day before) it was decided that Joe Bowman would just throw batting practice pitches for both teams instead of using the pitching machine.

The more experienced players on the Angels came out strong in the first two innings hitting a real baseball vs the bright yellow pitching machine balls we’ve used in previous games. They managed to put 12 runs on the board in the first three innings before right fielder Marton Szaszkö knocked in the first Sleepwalker run with a double in the top of the 4th inning.

The bats for the Sleepwalkers began to come alive after that and the score drew close. In the final three innings the Angels only managed to get one run across against an improving SZ defense (and some would say due to the fat ones right down the middle Joe put across the plate for the Sleepwalkers and the ones right at the knees for the Angels) but it wasn’t quite enough for the Szentendre team with a final score: Angels 20 SZS 15.

Next game is August 18 @ 17:30. Practices are help every Tuesday and Thursday at 18:00 at the Izbeg Field. We are looking for at least a dozen more players to join us for Fall and Winter practices especially between the ages of 12 and 18. Please contact us on our Facebook page if you live in the Dunakanyar area and would be interesting in learning and playing the game of baseball.