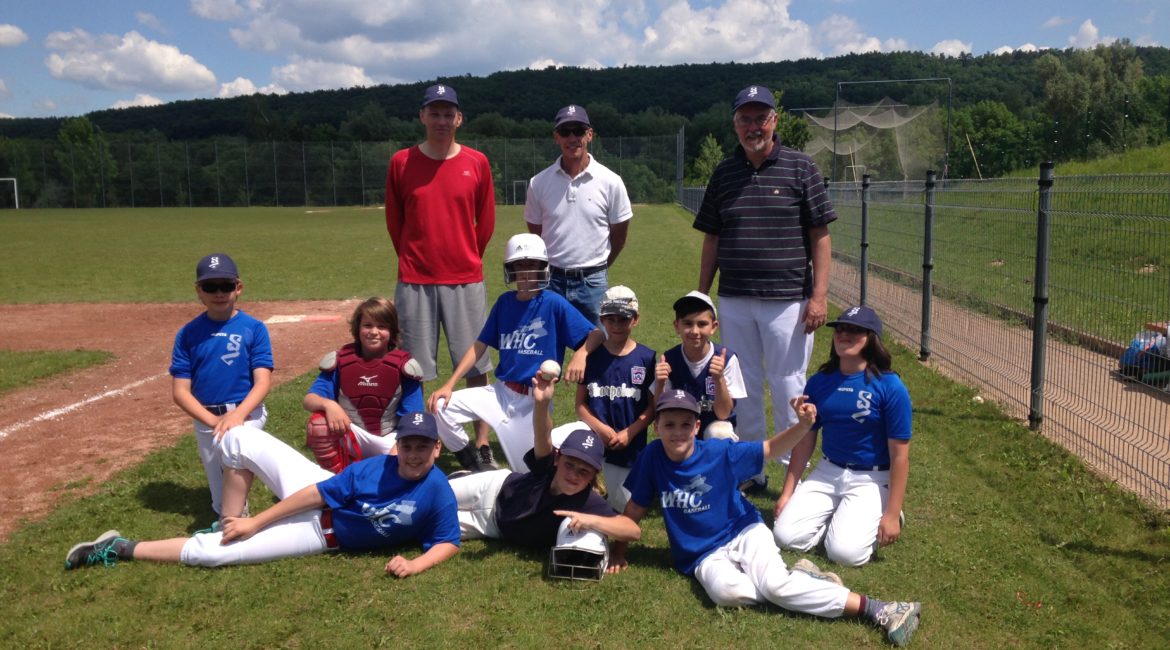 The Szentendre Minors team traveled to Nagykovacsi on Saturday to play the American International School. The Sparks entered the game 4-1 with the Sleepwalkers being the only club to hand them a loss this season. With just a bit of time to get warmed up SZS fell behind early (7 runs in the first two innings) and lost the first game 8-2. Not to be deterred our boys played extremely well in the 2nd game. Matyi and Benjamin combined to pitch 2 scoreless innings while the top of our batting order found their swings and executed some smart base-running in a 7-5 win. They are now 3-4 on the season with 3 games remaining.

On Sunday the NBIII team hosted the Crossroads Angels. This is a team they split with in the preseason and it would be a matchup of the Sleepwalkers youth vs the experience of the Angels.  The Angels put 5 runs across in the top of the first but the Sleepwalkers bounced back with 8 of their own in the bottom of the first. Things were looking good as the Szentendre team moved out to a 6 run advantage by the top of the 5th but mistakes, particularly on the base paths, began to cost them. The veteran players on the Angels started playing better defense in the late innings and pulled out an 18-15 win. Kudos to Tom Benko for filling in for our missing catchers (Botond and Krisztian) and playing the entire game behind the plate on a very hot afternoon. Steve Benko filled in for Tom at 1st base and played his best defensive game of the season. Thanks also to Doug Coppage for coming all the way from Vac to play a very strong game at shortstop and go 3 for 4 at the plate with some clutch hitting First year players Zsofi (2B) and Roli (CF) player error free baseball and got on base 3 time each.

Next games will be May 10 as the NBIII players travel to Erd to play the Pioneers and the Minors play at home vs the Hatvan Hunters. on May 11 (The May 11 game will be preceded by an NBII matchup between the MAFC Rangers and he Hungarian Astros). 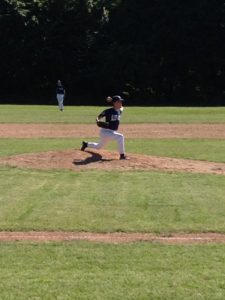 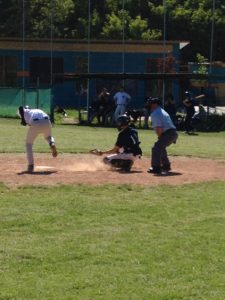 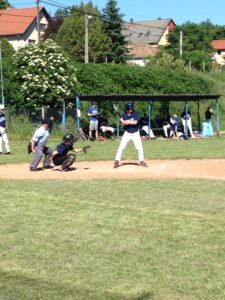