Minors team moves to 1-1 with an exciting win at Èrd. 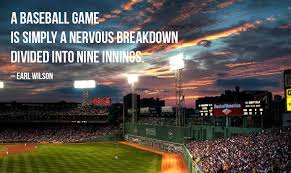 May 6, 2017: Sleepwalkers Minors traveled to Erd and won a ‘nail-biter’ in 6 innings to bring their record to 1-1 for the season. They went into the last half with an 11-6 lead but the Èrd Cardinals put across 3 quick runs on 3 singles and a double. Our experienced infield shut the door though and escaped with a 11-9 victory.
Benedek Nemeth made his season debut at catcher and had a stellar game at the position while also getting on base 4 times. New player Zalan Makany also played well at third and had two solid hits in the number 4 batting position. Our pitchers: Ben Bowman & Matyi Aparti-Deli limited the young Cardinals to only three runs in their first two innings. Kudos also to our young outfield of Szabolcs, Balint, & Vince as they didn’t let a single ball get by them. Our Middle Infield of Gergo and Riley also made heads up plays and helped us get out of the final two innings while continuing to hit the ball well. Thanks again to the parent drivers: Bertold, Bettina, Steve Benko, & Balazs and to coaches Steve B, Steve S, & Andras Radacsi for really making a difference in keeping our players organized defensively.