May 20, 2017. Szentendre hosts the Debrecen Tigerkids at the Izbeg Field. 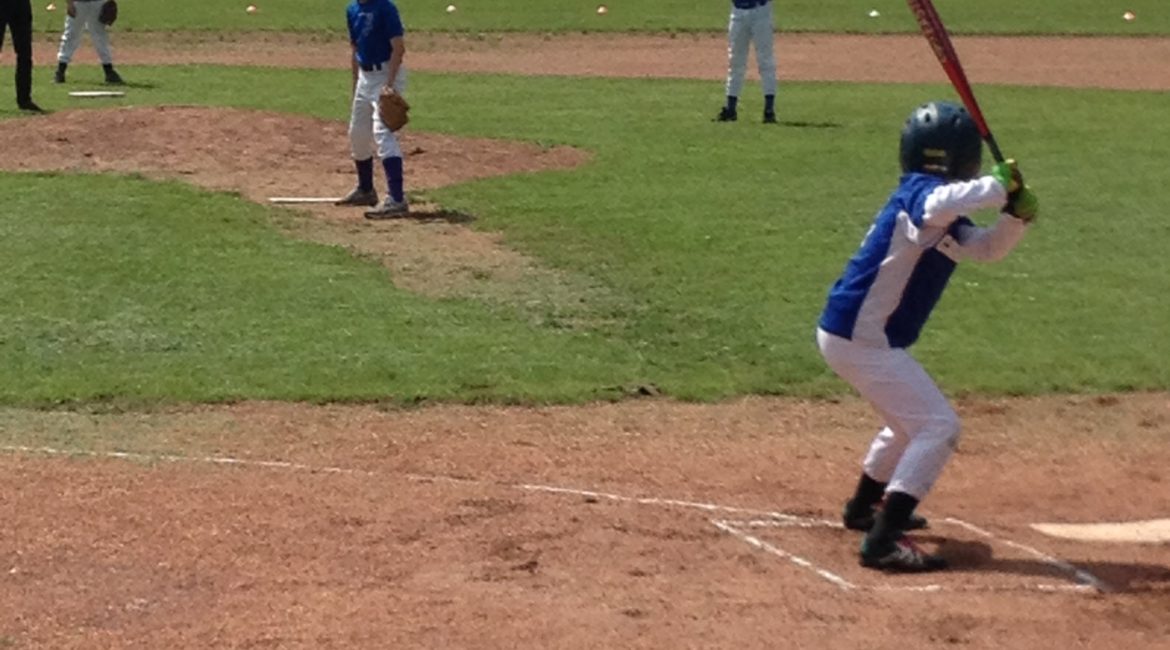 Minors U12 team falls to 2-3 for the season with Saturday loss to the Debrecen Tigerkids. Last minute rescheduling of an AWAY game to our field led to a flat start by the Sleepwalkers. Short on coaches due to Coach Andras being on holiday and the need to provide an umpire for Debrecen’s first game against AISB as well as an umpire for the second game led to a cold start the kids.

The minors took the field with only a short warmup but by then Coach Istvan B. arrived to help out (thanks Istvan since we know you had another prior engagement) and Zsofi from the NBIII team also came to help our young outfield stay alert during the game. Coach Steve S. took over the game 2 Umpiring duties from Coach Joe for the Sleepwalkers-Tigerkids matchup.

The lack of preparation led to a few uncharastiric errors in the field by our veteran infield but they slowly began to come together as a team in the later innings.

Eight runs in the first two (player pitch) innings put us in a hole that was difficult to recover from. Our veteran hitters (Matyi, Gergö, Riley, Jonathan, Zalan, and Benjamin) were getting on base but it bacame hard to sustain any late inning rally attempts.

Good job to the players though, everyone continues to show improvement. Szabolcs made two great stops in Right Field: Hanka, Balint, Miguel continued to learn the flow of the game, and new player Gyuri made a great late inning put-out at 2nd base with a long throw to first.

Next two games should be a doubleheader at AISB next Saturday morning. I will confirm by Tuesday with the coaches and parents. With Benedek N. back at catcher and new player Mark installed in the infield we should be a full strength for the remaining five games.