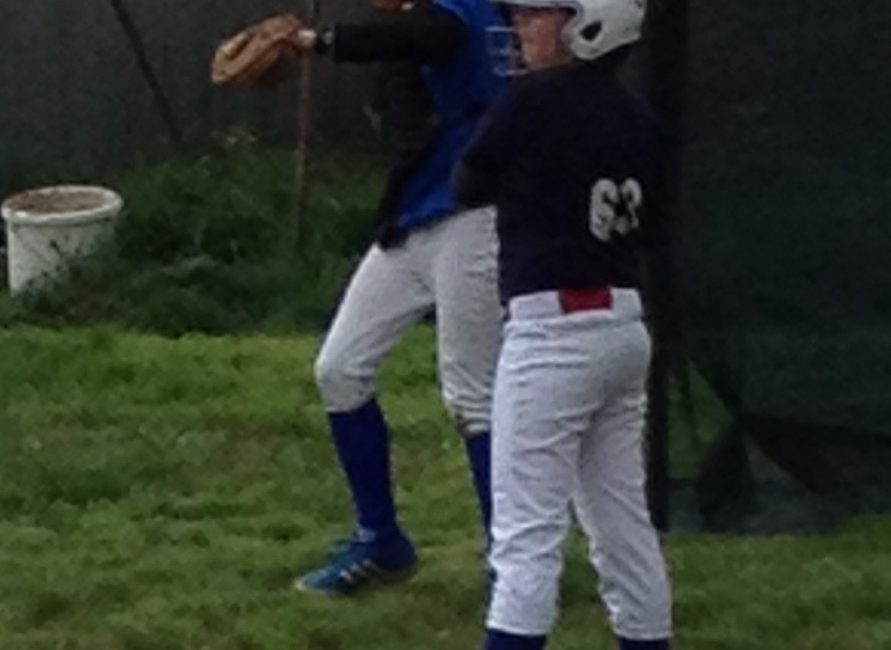 IMG_7503.MOV   Saturday April 29: In their first game of the 2017 campaign the Sleepwalker Minors traveled to Hatvan to play the 1-1 Hatvan Hunters. They managed to hold onto a lead till the 4th inning when a few defensive errors led to the Hunters putting several runs on the board including a grand-slam home run by one of their 13 year old players. Benjamin & Matyi, our starting pitchers had held them to only three runs scored up until that point.

All-in-all it was a great effort against a team that had already played two league games winning at Debrecen and had barely lost their 2nd game against Erd. We, once again, were a bit shorthanded with several players on holiday and played with only 8 players vs their 10 in the field. Four Sleepwalkers made contributions in their very first competitive game of baseball; Gergo L. at shortstop made several critical put-outs while not allowing a single ball to get past him at shortstop. He also was 3 for 4 at the plate. Vince R. (2B), Zalan M. (LF), and Miguel P. (CF) also made huge contributions both at the plate and in the field. I’m looking forward to their play as they learn more of the details of the game in coming practices and competitions!

Thanks also to parent drivers: Trish, Georgina, and Bertold as well as the umpiring by Gyuri and coaches: Andras, Steve, Joe.