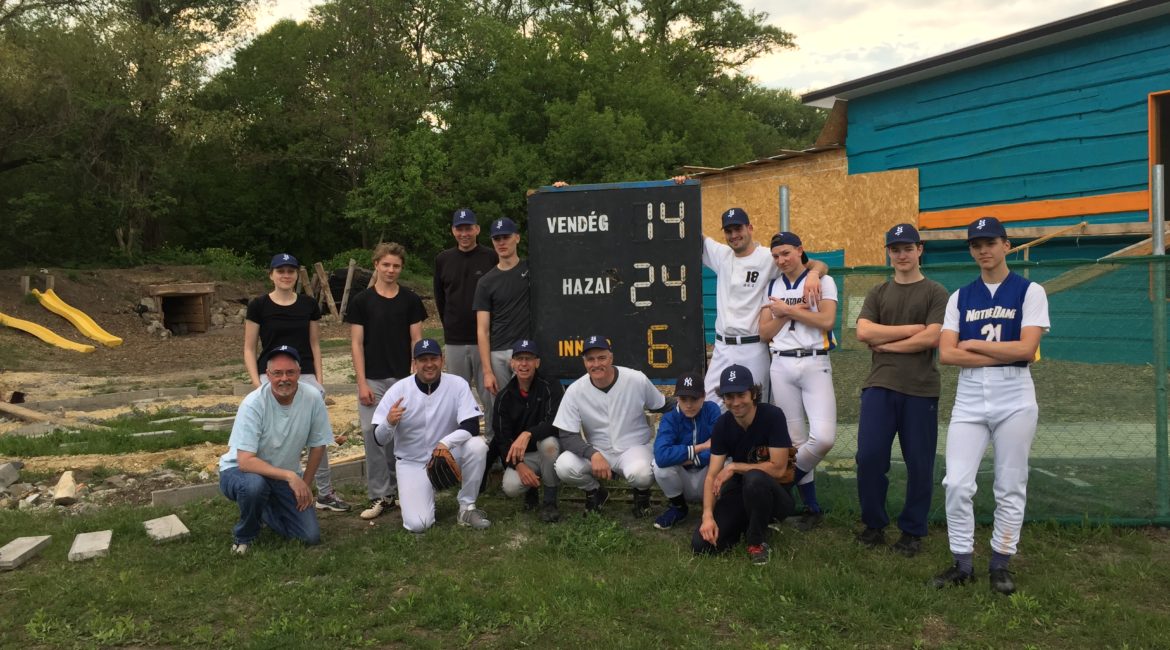 > First five players in the batting order had at least 2 stolen bases each. With our youthful team speed we accomplished an important team objective.
> Our 3-5 hitters (Viktor, Xaver, Boti) scored a total of 12 runs (4 each)
> Our leadoff hitter (Tom) was 3 for 5 with a triple, + a walk + 4 runs scored + a steal of home.
> Xaver pitched 4 solid innings in relief of Viktor, got on base in all 5 plate appearances with 3 walks, a HBP, and a double and scored 4 times.
> Zsofi, in relief of Benedek at 2B, had two line drive put-outs stopping the Cardinals from making any comeback in the later innings.
> Boti had his best game so far behind the plate. Smart, not over aggressive, on-target throws to 2nd and kept about a dozen errant pitches from getting to the backstop.
> Adding to our three double plays in the last practice game, we had an headup SS-1B-Home double play in the 4th inning ending another possible Cardinal’s rally.
> 2 innings where we did not allow the other team to score (this is another important objective to focus on!)
> Only one dropped fly ball; Xavér….but we’ll forgive him since he did so much at the plate and on the mound for us